Your Guide to Galway from Hyde and The Forster Court Hotel 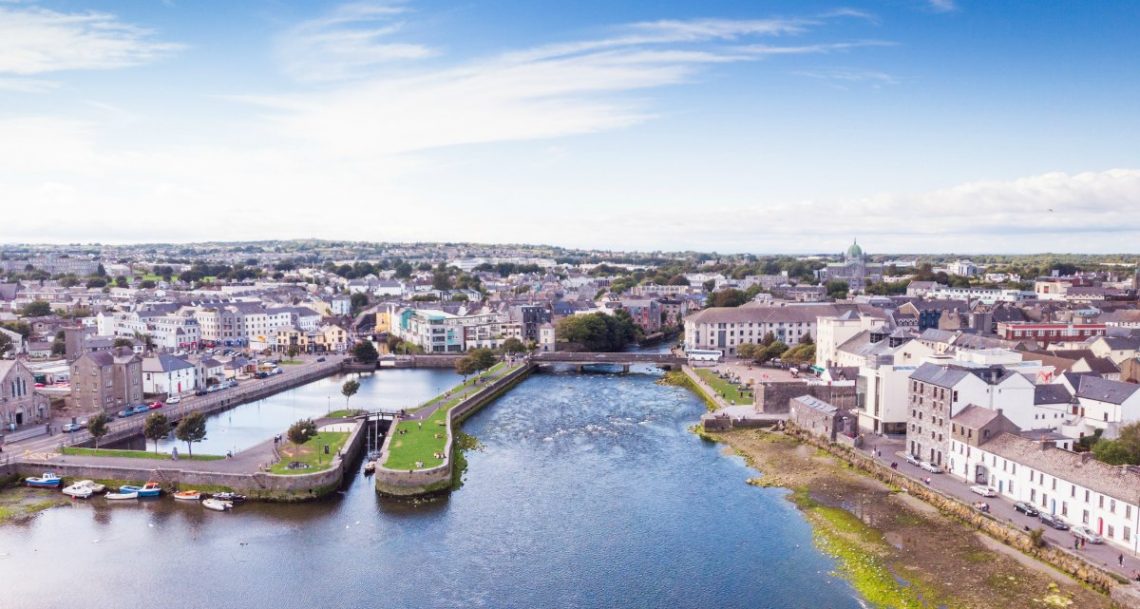 Galwegians revel in enjoying themselves. Right in the middle of the Wild Atlantic Way, the city has a reputation for artistic creativity and an infectious up-tempo vibe that’s played out in a full calendar of festivals and events… If you want to immerse yourself in the lively side of Irish culture – Galway city is the place to do it!

Make the most of your time in Galway, take in some of the numerous events and festivals that take place throughout the year. The perfect base to explore the beauty of the West of Ireland and rugged The Wild Atlantic Way.

Eyre Square serves as a focal point of the city and is often billed as the official starting point for any traditional tour of Galway. Eyre Square served a multitude of functions throughout Galway’s history. In medieval days, it was a large open space in front of the town’s main gate. Known simply as The Green, it was a place of assembly, whether for public hangings or more mundane pursuits. In the early 19th century the area was enclosed with a stonewall to form a parade ground for soldiers. It derived the name Eyre Square in honor of the Eyre family, whose owned extensive property in this part of town. In 1965 the park was renamed John F Kennedy Memorial Park in honour of the slain president, who visited Galway in 1963.

The Spanish Arch built in 1584, stands on the left bank of the River Corrib, where Galway’s river meets the sea. It was originally an extension of the famous city walls, designed to protect the quays.
Today The Spanish Arch is home to the Galway City Museum, located on the far side of the arch.

The title, ‘Spanish Arch‘ dates from the last century – a reference to the former merchant trade with Spain, whose galleons often docked under its protection.

Galway City Museum has three floors of exciting exhibitions engaging visitors in the archaeology, history and sea science of Galway. The attraction is one of Galway’s most popular cultural hotspots and welcomes over 200,000 visitors per year. The Galway Museum illustrates Galways’s long history, going back to medieval times.

Meander through the winding medieval streets of The Latin Quarter.

The Latin Quarter is an area of Galway City that is situated on the left bank of the River Corrib. It is defined by some of the city’s most historic landmarks and stretches from the Spanish Arch at The Long Walk to O’Brien’s Bridge to St Nicholas’ Church and back
(via Buttermilk Lane) to An Taibhdhearc on Middle Street

The Latin Quarter is home to some of the finest bespoke Claddagh ring and jewellery makers in the world. With retailers famous for handmade, traditional Irish clothing and craft which sit alongside traditional music and instrument shops with knowledgeable staff. Irish design department stores neighbour boutique and contemporary Irish design jewellery shops and quality traditional souvenir shops alongside candles fit for a queen.

The Claddagh is most famous internationally for the Claddagh ring, which is popular among those of Irish heritage as both a friendship and wedding ring.

The Claddagh village, developed on the western shore of the mouth of the River Corrib, outside the original walls of medieval Galway. It derives its name from the Irish word cladach, meaning ‘a foreshore’. In the nineteenth and early twentieth centuries, this village of small thatched houses occupied by Irish-speaking fishermen and their families, and headed by an elected king, became a draw for artists and travel writers.

In 1927, the old village was declared ‘unhealthy’ due to overcrowded conditions and a lack of ‘sanitary accommodation or water supply’. And so, the Town Commissioners decided to demolish and rebuild the Claddagh.

Step back in time and visit Katies Cottage, a restored thatched cottage that depicts traditional life in one of Ireland’s oldest fishing villages.

Day Trip to The Cliffs of Moher

With our central location, you have numerous options for Day Tours that depart from the nearby Coach Station. Whether you prefer to visit The Cliffs of Moher, Irelands No.1 Tourist Attraction and The Burren.

It appears in The Princess Bride and Harry Potters: The Half Blood Prince. This tourist attraction is a must see place for anyone looking to travel in Ireland.

Famed for it’s wild natural beauty, Connemara is a very popular holiday region on the west coast of Ireland. The sea and the mountains are both inescapable with no part of Connemara being far from either. The combination of the mountains, the coastline and the bog-lands provide visitors to the area with an abundance of places to see and things to do.
Some highlights of this hugely popular holiday region include Kylemore Abbey, Connemara National Park, Connemara’s Wild Atlantic Way, its blanket bogs, the Twelve Bens (Beanna Beola) mountain range, the traditional sailing boats, Connemara ponies, to name just a few.

Day Tours to Connemara can be arranged from the hotel which take in the highlights and a stop at Kylemore Abbey.

The Aran Islands are located just off Galway Bay. A short ferry trip from Rossaveal or a 9 minute flight from Inverin. A true Irish experience awaits, locals speak Irish as well as English in a setting of Celtic churches of historical significance including the World Heritage site Dun Aonghasa which is set on dramatic 300 ft cliff edge.